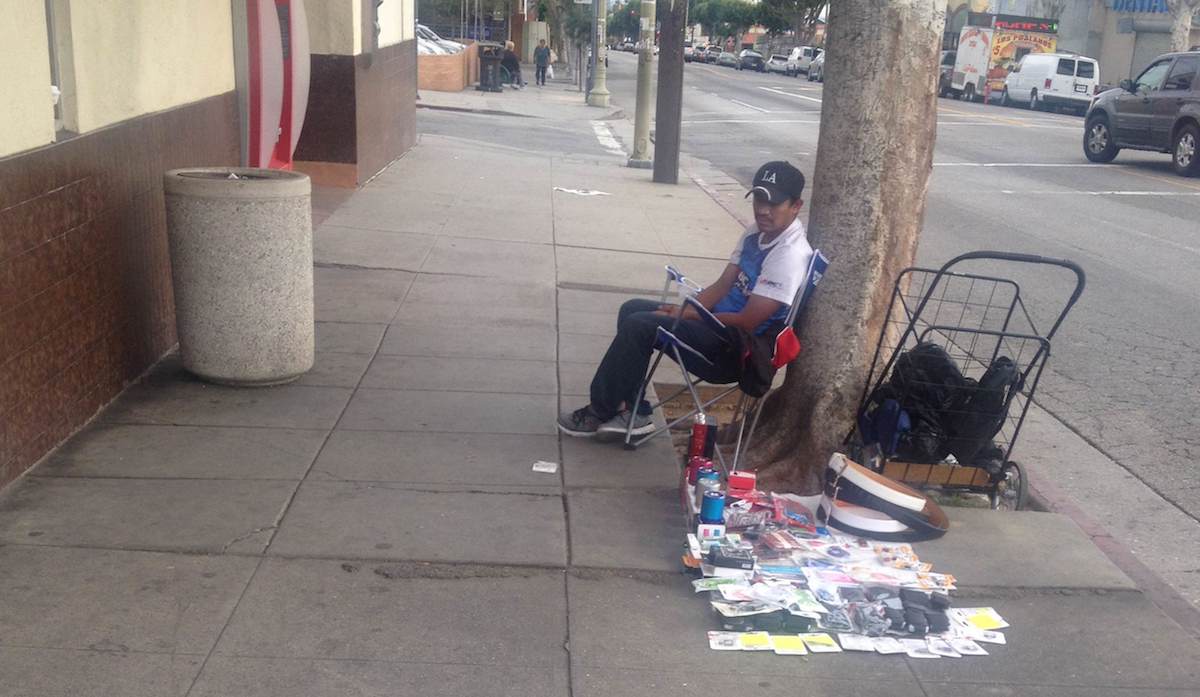 Street vendors line the sidewalks in Boyle Heights, planted right in front of many small businesses. The aroma of carne asada, tacos, and burritos grilling on carts awake the senses and fill the streets. Clothing and electronics vendors constantly converse with potential customers who argue that a price is too high. For many, this is the day to day grind: it’s work. This is how so many residents in Boyle Heights make their money to put food on the table. Theres only one problem: it’s illegal. Everyday these street vendors have to deal with the possibility that they might get shut down by the city which means a days work, is gone.

Just about anything can be seen in the streets all sold by vendors: fresh flowers, fruits, sweet bread, phone chargers and more. Multiple vendors sit in lounge chairs silently guarding their products, awaiting potential customers. Naturally, street vendors need to compete for the attention of pedestrians which can be difficult when businesses and street vendors are selling the exact same products.

Jose Luis Lepi, the owner and founder of Silvia's Flowers believes that street vending is unfair because it's illegal, and street vendors do not have to forfeit the same expenses that businesses do. "The vendors don't pay taxes because they don’t have any control...we pay bills and they don't pay nothing at all. We losing money, the city is losing money," said Lepi. He also said that the street vendor/business competition is very real, especially on major holidays. On mothers day, his business is supposed to makeup the money they lost throughout the year. Instead, multiple vendors stood outside on his street to sell flowers, and he didn’t make nearly as much money as he had hoped.

Janet Favela, the lead organizer for the street vending campaign in the ELACC said, "People need solutions and opportunities rather than being criminalized. They [street vendors] need to not worry about if their livelihood is going to be taken away every day. They need to be able to come out of their shadows and be respected as established throughout the neighborhoods they have existed in for decades."

Under both Huizar and the ELACC the legalization of street vending would include a plan that requires street vendors to pay permit fees, along with any applicable taxes. “Councilman Huizar recognizes that the current system is not working. His hope is that by looking at how other jurisdictions manage sidewalk vending, the City can tailor a system that fits LA and is better for everyone,” said Martin Schlageter, Policy Director for councilman Huizar via email.

Just last week the council's economic development committee approved a framework to move forward with the legalization of street vending. "It’s a win for us. By approving the framework, it puts pressure on city departments to actually start working on giving information and sharing information with chief legislative analysts." said Favela.

The ELACC hopes to create a system where businesses co-exist and work to compliment each other. Small businesses, according to Favela, should create ways to increase pedestrian traffic so that both establishments can benefit and be successful. 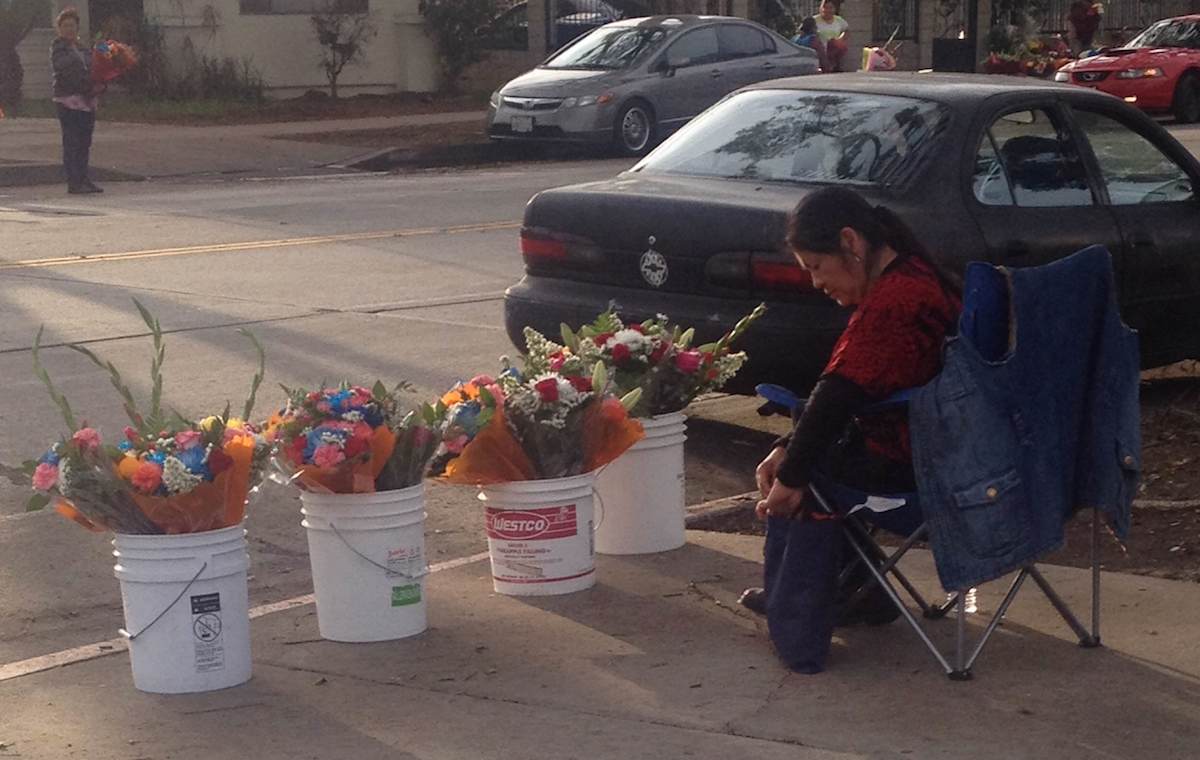 A woman sells flowers on the side of the street.

The office of councilman Huizar said that although the new system is not fully designed yet,they are in the process of creating an exact plan and framework outlining the details. Schlageter also mentioned that it’s important that small businesses are not put at a disadvantage by the current system, which is why they are in search of a more effective, fair way to deal with street vendors. “The current unregulated system, in which all vending is illegal, is a disadvantage to existing businesses because there is a lack of enforcement and so vendors are operating without rules. Proper regulation should allow vendors and shop owners to co-exist,” said Schlageter.