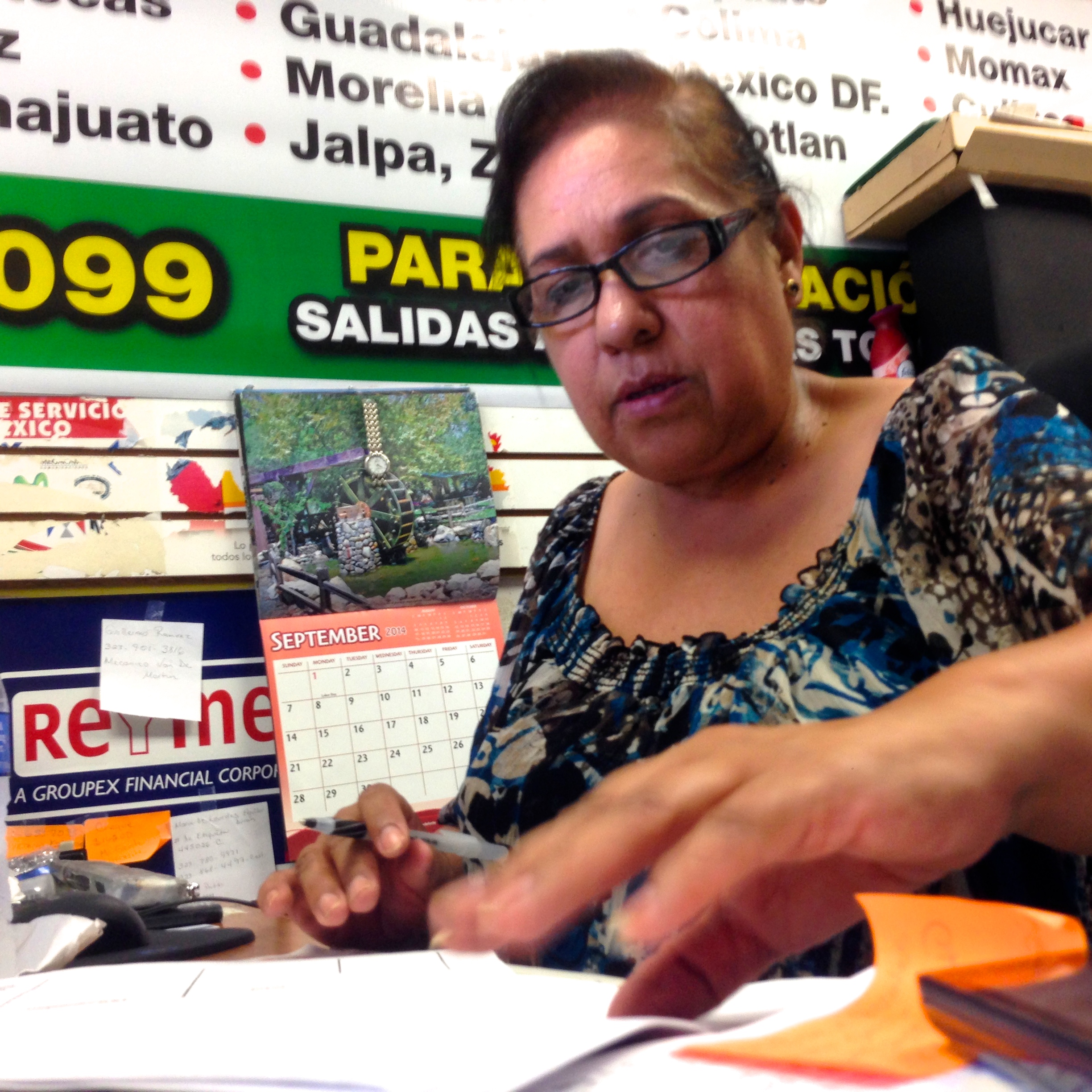 Estrada shuffles through papers with customer information that have begun to pile up on her desk. 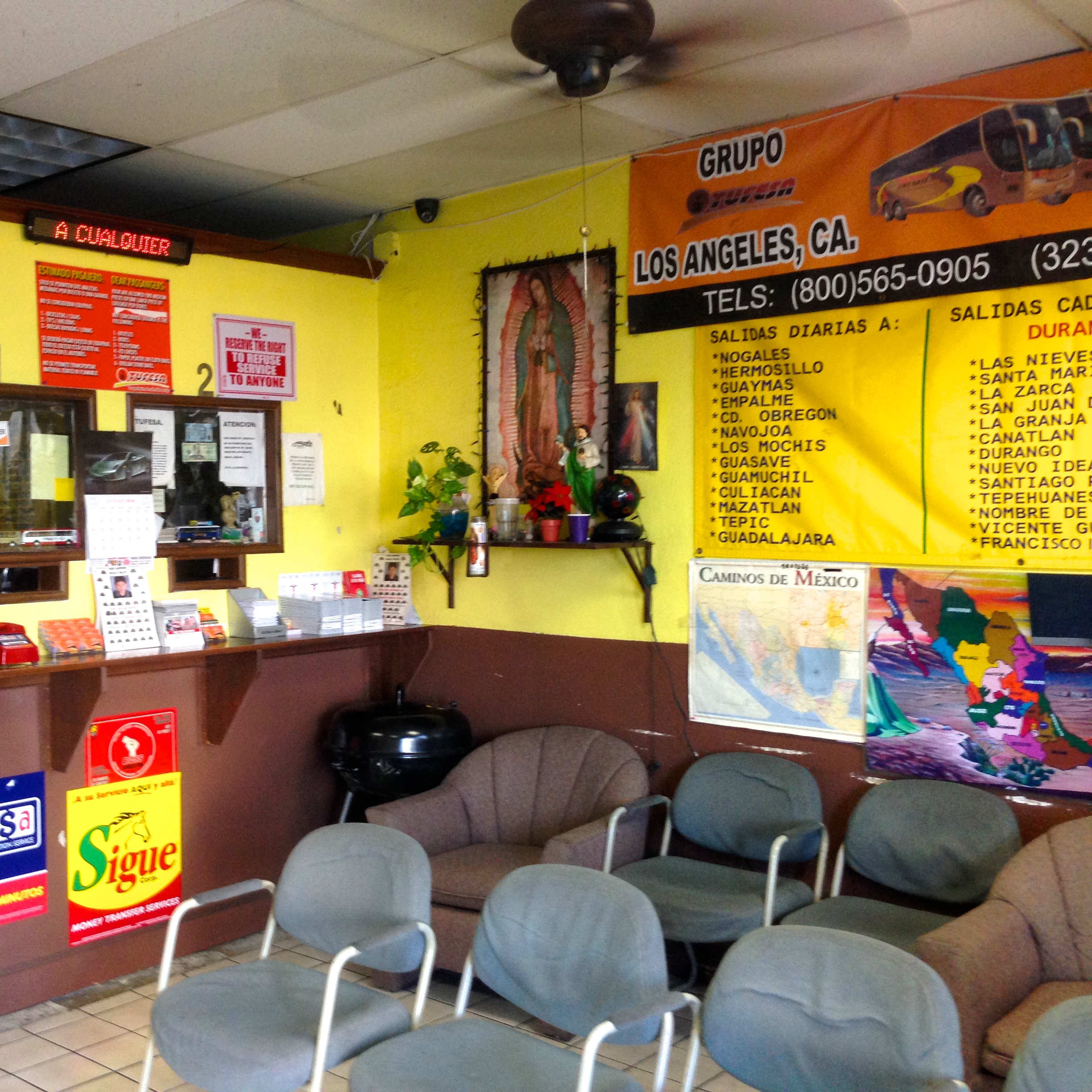 The small space has a couple rows of comfortable chairs for customers to sit in as they wait to purchase tickets. 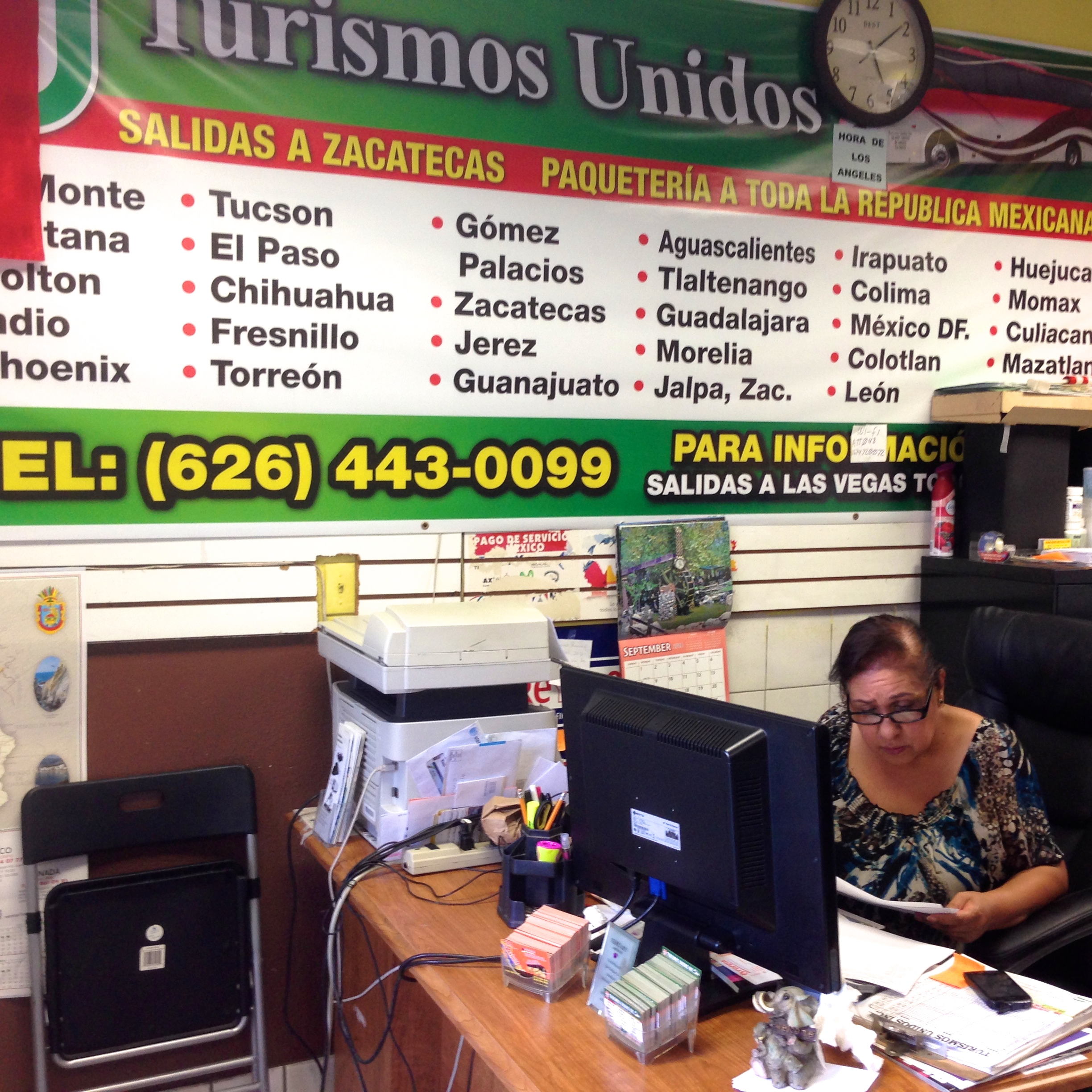 Turismos Unidos, another bus company, operates in the same space as Tufesa. 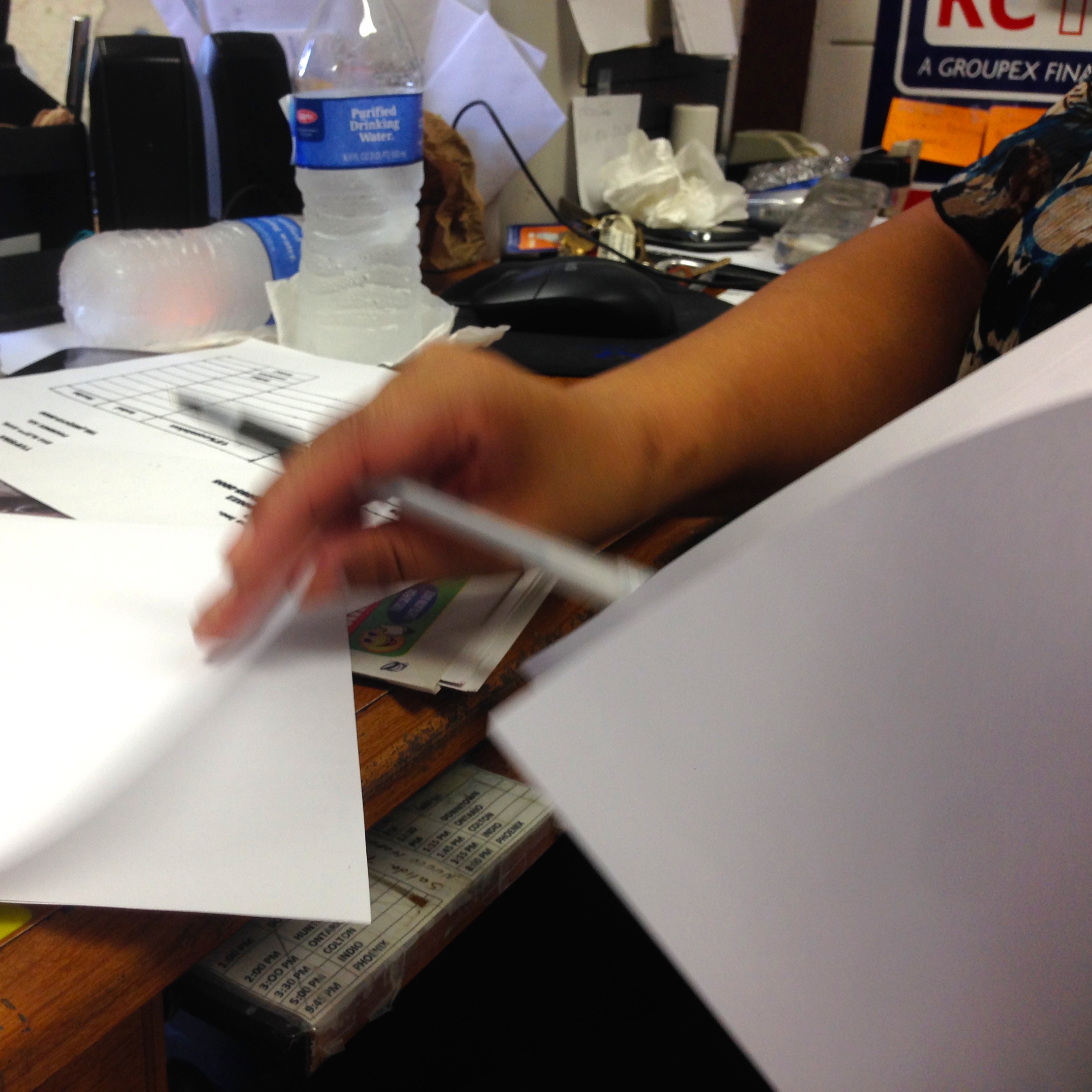 Tickets are sold up to 15 days in advance, but can also be bought the same day of departure.

Tufesa is a bus travel company based in Ciudad Obregón, the second largest city in the northern Mexican state of Sonora. It sits a little over 300 miles south of the Arizona border. The company sells tickets to 109 destinations in Mexico and the U.S., including three separate locations in L.A. This little chapter on Third Street and McDonnell Avenue in East L.A. opened in 2007, and has become popular among a diverse group of customers ever since.

Estrada receives many calls each day from strangers that come from all parts of L.A. who are looking to buy tickets on the company’s fleet of busses. But the voice on the other end of this call is clearly no stranger to Estrada, and that’s her favorite part of the job - developing relationships with the customers who keep coming back.

“I like being with the people, talking to the people. Because you meet a lot of people, and you’ll see a lot of different names,” she said.

In an area as ethnically homogenous as East L.A., she said she also appreciates the diverse group of customers that use the service.

“To go to Vegas, people come that are Asian, [African-American], from Europe…from India. People who only understand a little bit of English. We try to tell them what to do and where to go,” Estrada said.

However, most of the people traveling to Phoenix or to Mexico are Mexican, she said. She estimated 95 percent. This makes sense, because many of the residents of this part of East L.A. are immigrants. According to the Los Angeles Times, almost half of the residents in this neighborhood are foreign born. 91% of those people were born in Mexico.

The area is so densely populated with Mexican people that others who look “out of place,” are sometimes treated as such. Estrada says that when East L.A. residents go to West L.A., and vice versa, they are shown hostility. “We don’t like them,” she joked, referring to West. L.A. residents “but we treat them with respect.”

Like Estrada, many customers have family members who still live in Mexico. She has uncles and cousins who live there and doesn’t get to see them often. Most of the people who buy tickets from Tufesa are going to see their family members, and there is no busier time of the year than the holiday season.

“There’s Dia de Los Muertos…they have a big party [in Mexico] and they have mariachis. That’s why we have a lot of customers, it’s really important in Mexico. By the 12th of December, Dia de la Virgen de Guadalupe, and by the 24th we have Noche Buena.”

For many of the customers, opportunities for travel are few and far between. The median household income is low for L.A. County, at about $38,000, and the household size is high for the county at about four people per household. One of Tufesa’s purposes is to make travel accessible to the community at large, as well as, keeping with their slogan, “la experiencia más confortable de viajar” (the most comfortable travel experience).

A ticket to Phoenix, one of the company’s most popular destinations, costs $55, whereas plane tickets from L.A. to Phoenix usually start from a minimum of around $200. Customers can buy tickets the day of travel or up to 15 days before, making last minute trips possible. Like the one Jaymie Meza had to take on a recent Tuesday.

Jaymie Meza wasn’t planning on going to Las Vegas on November 25th. But he wasn’t planning on welcoming his son into the world that day, either. Plans changed: Meza’s wife went into labor unexpectedly almost 300 miles away from home.

Meza received a worried call from his wife at 4 a.m. during which she complained of feeling uncomfortable. He said it was probably nothing, it wasn’t her due date yet, but she should go to the hospital anyway and get checked out. He waited nervously until the next call came. She was in labor. With no real plans on how to get to her in Las Vegas, he assured her, “I’m on my way,” and she broke down in tears of relief.

“This is my third child with my wife of twelve years, so I just wanted to be there,” he said.

Once Meza did some online research and found he could leave at 11 a.m., get dropped off directly at the Excalibur hotel, and it would only cost $30, he was hooked. And it meant he would get to meet his newborn son on the day of his birth.

Luz Rodelo kissed her husband goodbye as she boarded a 9 a.m. bus to Sonora, Mexico with her two daughters on a recent Tuesday. They were traveling to a small town in Sonora called Hermosillo where Rodelo’s niece was getting married.

Her family has used Tufesa before, and loves the convenience of not having to switch trains or busses during the journey.

“This service really helps me facilitate my communication and relationships with my family. It practically takes me to my home,” she said with a smile.